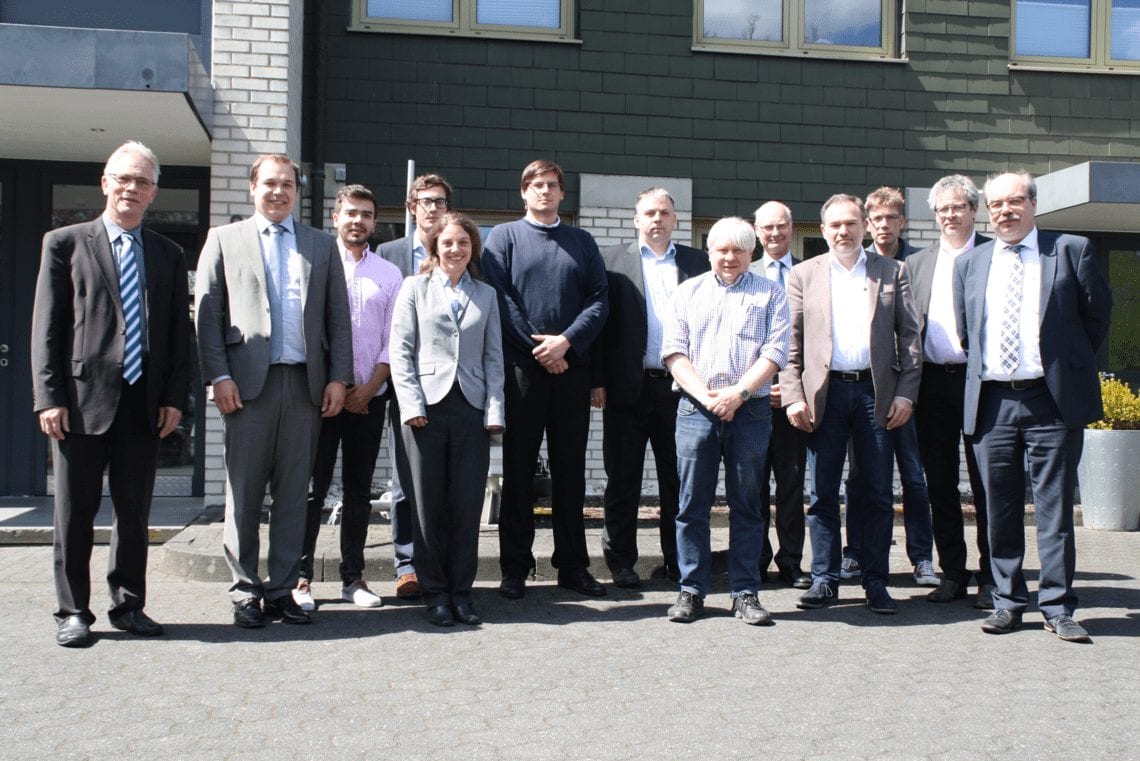 On 04.05.2016 the project consortium MUNICIPAL 4.0 officially started its work. Within the scope of the kick-off meeting at the premises of HST Systemtechnik GmbH & Co. KG, the work for 2016 was coordinated and the corresponding technical teams were formed. Mr. Robert Gremse from the project management agency DLR as well as Mrs. Haifa Rifai from VDI/VDE Berlin as organizer of the accompanying research for the Smart Service World program were present as guests. At the IFAT 2016 in Munich MUNICIPAL 4.0 presented itself to the professional audience on the exhibitor areas of the HST (hall A1, stand 441) and the IFAK (hall B1, stand 222).