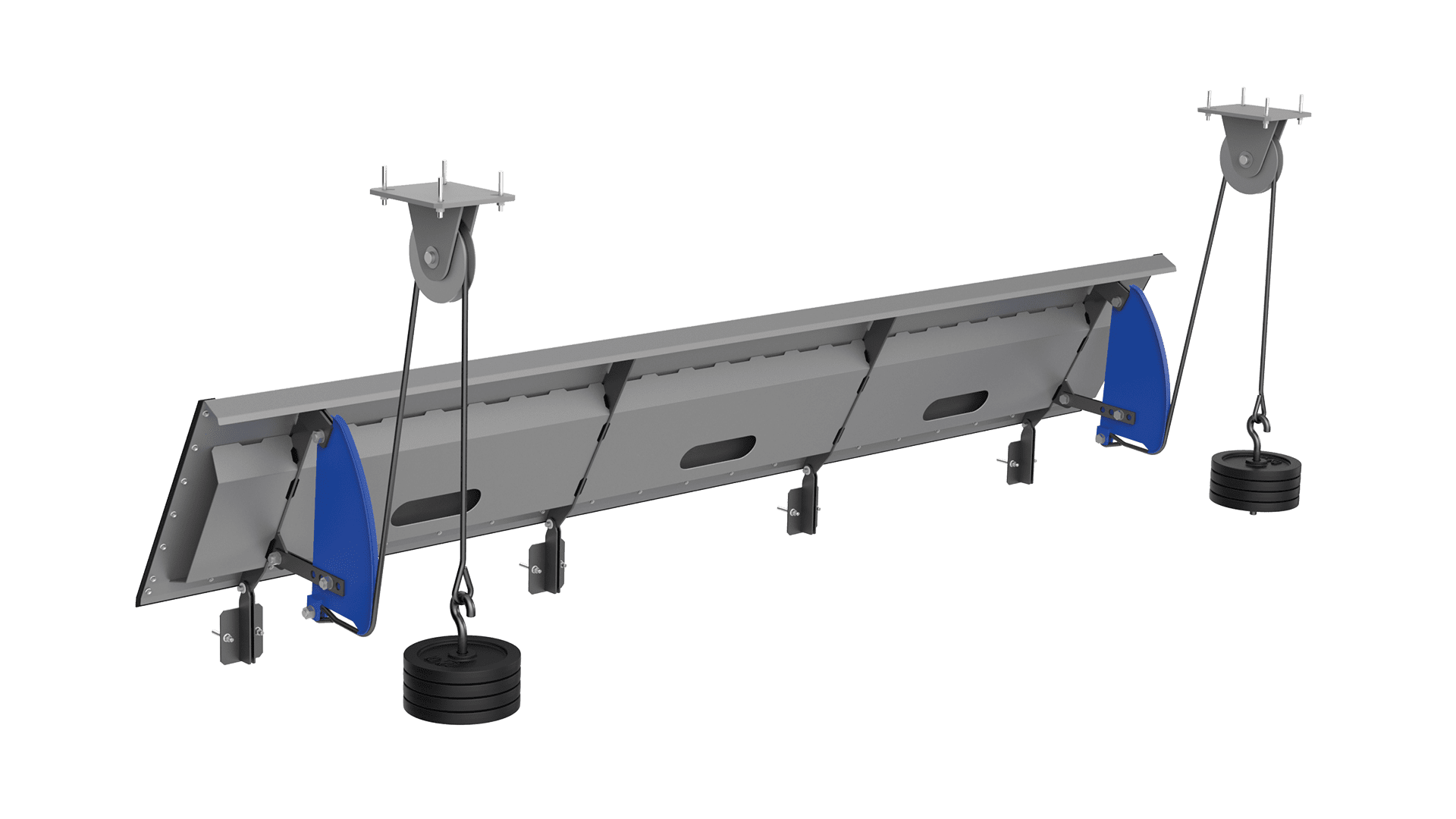 The GSK-Weir is the most cost-effective version for maintaining reservoir target levels without backwater, volume activation and structural reduction: In addition to regulating the reservoir level, GSK weirs enable backflow / flood protection in relief structures. In FSK-Weirs, the weights are replaced by spring cylinders; superstructures and ropes are left off.

Questions about the product?

The spring damper (FSK-Weir) works without additional external energy. Lowering and straightening the weir is controlled by the water pressure in front of the weir and the spring damper elements arranged behind the flap as a counterforce.

The weir consists of a flap made of stainless steel or GRP. The flap is designed as a hollow body construction and thus very torsion and rigid construction.

If the targeted water level is exceeded, the GSK-Weir automatically lowers due to the water pressure and the excess amount of water is relieved. If the water level drops again, the GSK-Weir re-establishes accordingly. By means of a control disc with counterweight, an opposing force acting in proportion to the respective water pressure is generated, which controls the lowering and lifting of the weighted flap.

The opening and closing of the flap are purely mechanical, without additional external energy, by using either water pressure on the flap or the counterweights.

The weights are connected by a steel cable with the flap. A combined control disc provides an adjusted, variable counterweight force at different water pressures and opening angles of the flap.

The steel cable is guided by one or more nylon polyamide pulleys with bronze bushings and stainless steel pulley brackets. The GSK weir is hinged to the concrete sleeper with stainless steel bearings. Lateral rubber profiles seal the flap against the building walls or sliding plates.

GSK weirs can also be used for backflow protection on a four-sided sealing opening.